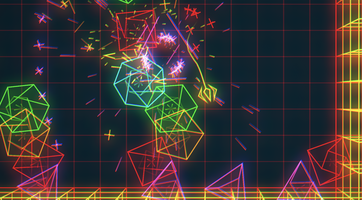 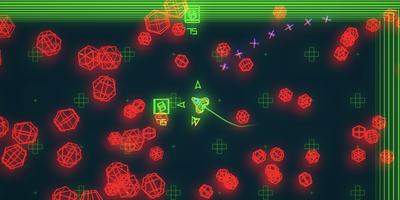 This is the first web release of PewPew Live, a high speed twin joystick shooter where the goal is to get the highest scores in a variety of levels. For those that are following, it is the 3rd installment of the PewPew game series, the first PewPew game being released in 2009 on the iPhone OS 2 (it wasn’t even called iOS then)!

If you try the game, whether on the web or on Android, you’ll notice that the game feels “different”. One reason is that the controls are much more reactive compared to most games. That’s not an accident. This game was written from scratch without the help of any game engine, which allowed me to make sure the input lag was as small as it could be. The low input lags allows a very fast gameplay that makes player more easily enter the Flow.

This initial release contains 5 extremely different game modes. My personal favorite is “Fury”, a mode that emerged purely out of chance out of a level designed to test enemies. Be warned though, it is by far the toughest.